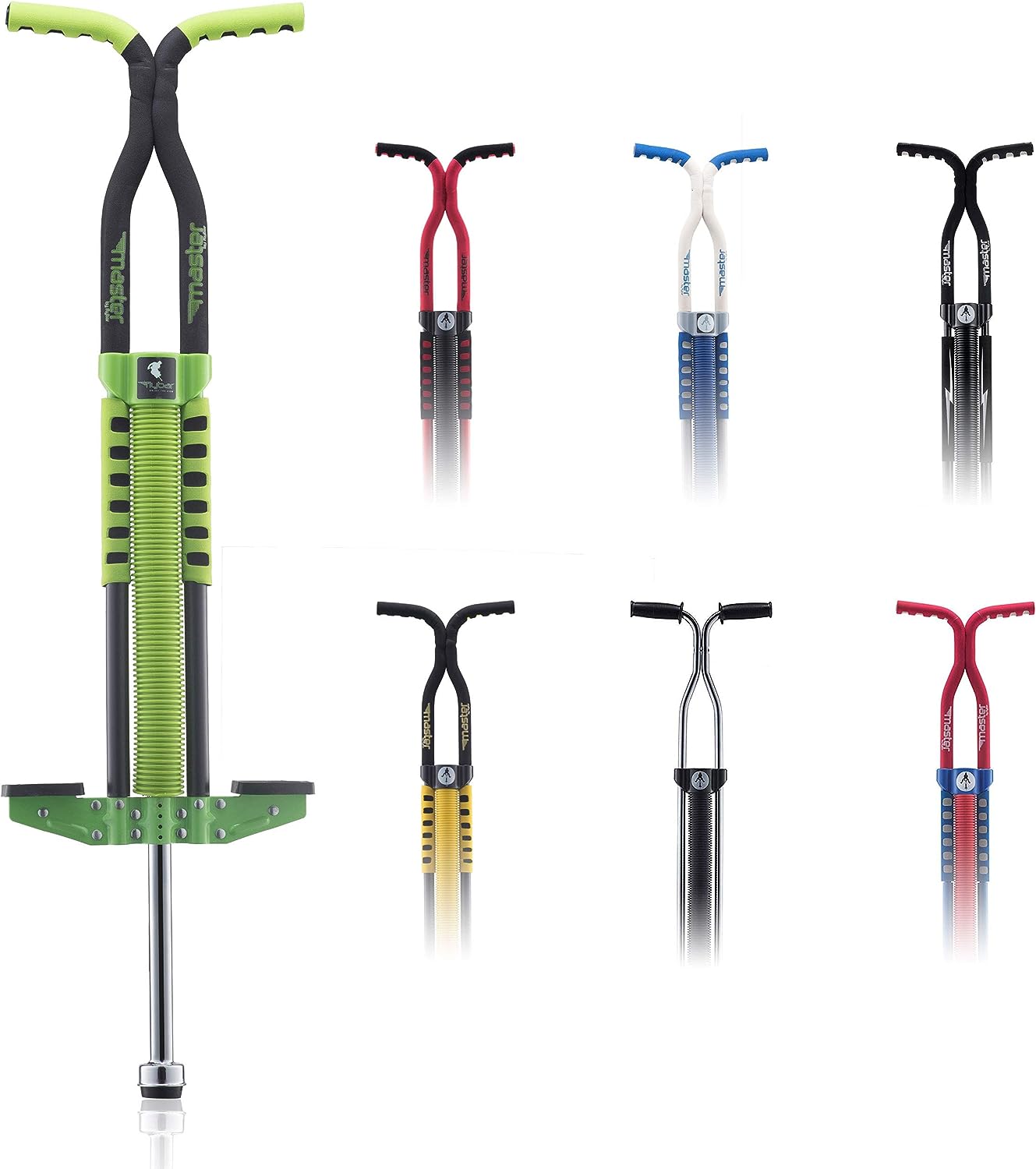 BestBabiesProduct earns a commission when you buy through our links at not extra cost to you. I greatly appreciate your support!

What Is A Pogo Stick?

The structure of pogo sticks is not so complex. To make you understand clearly, we will divide the pogo stick according to parts.
First, on the upper side means where the rider can hold the narrow rod is called the Handlebar/Holder, exact below that the rigid rod, but in some types of pogo sticks mainly manufactured for small kids, there is not present rigid rod instead present flexible Cord.

The flexible cord can extend easily according to your kid’s height but rigid or fixed can not. It is basically a single-leg bouncer design means at the bottom of the stick, one rod, or, you can say, leg present. The leg is connected to a loaded spring because the spring can bounce easily.

The pogo sticks are categorized according to the weight and height of the user. 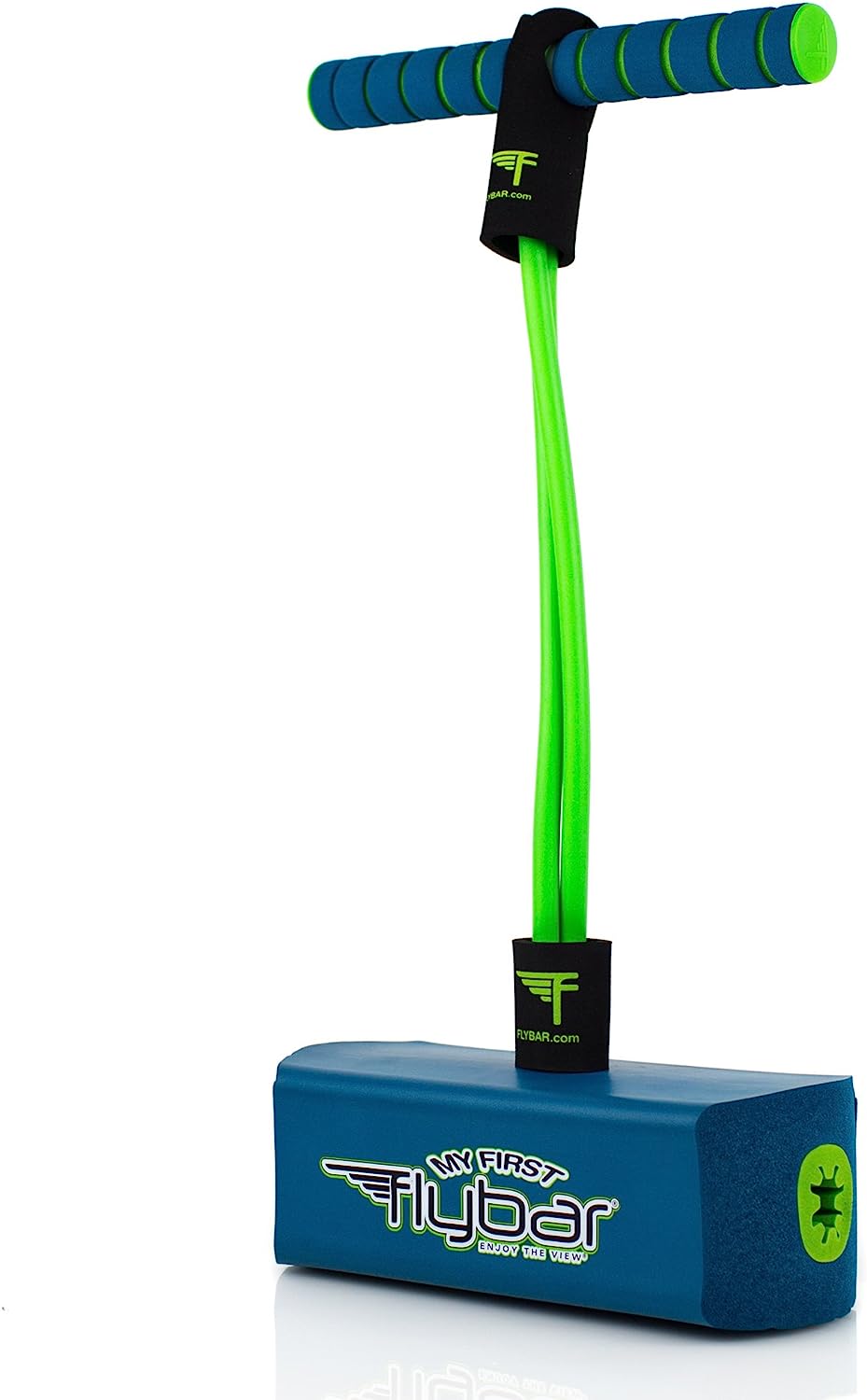 Large bases give them proper support for foot stand and balance. After you learn how to maintain balance and know tricks about pogo sticks, you have confidence that you can handle it without any worry. You can think about traditional pogo sticks.

In this type of pogo stick at the centre, the flexible cord is present. Therefore, it cannot sustain any load, but the rigid rod is available in traditional pogo sticks, giving the handler/rider the holding support.

The base of the or leg of the pogo sticks is covered with materials like rubber. Because of a single leg to bear the load, the person standing on it may have difficulties standing on pogo sticks properly.

How A Pogo Stick Works/Bounce:-

Even you also tried a pogo stick once in life. You like to ride on a pogo stick, but how pogo stick works exactly? It gives you an unbelievable experience. Which mechanics are used while designing the pogo sticks?
Let’s talk about How Does A Pogo Stick Works. After this, we will see pogo stick side effects:

First, part pogo sticks outer body design is not so complex it is easy to identify its parts. On the outer side, the Handlebar is provided on the top of the stick to give support and grip to your hand to make it move in the proper direction. The handlebar is covered with rubber or any material which can provide proper grip to hands.

Traditional pogo sticks mainly focus on the professional or who have a good idea of handling pogo sticks. But in the case of Assisted Pogo Sticks, the not-fixed rod is present at the center. The flexible cord installed at the center of the pogo stick is basically for small kids, not adults.

The third part of the footholds is provided to attached with a center rod to standing properly on the stick and to keep a balance over it. On footholds, rubber, or any other material are applied to provide grip to your foot.

The last but most important part of a pogo stick. Because a single leg does 50% of the work. It means pogo stick bounce because of spring and one leg at the bottom. We will discuss springs after this. The single-leg bears the whole body of the frame and user.

Spring is the most important part of pogo sticks present inside the center rod of the stick. Normally spring is an expandable state, meaning no forces are present, but the rider stands over the pogo stick. The forces are generated inside the spring. Now, spring is compressed, and the spring tries to get its original state means expandable state. After stand over it, springs compress, and after reach spring compressibility, it bounces back and comes to the normal state.

The pogo stick is one of the favorite games or exercises among kids, teenagers, and adults. The pogo sticks are ride on the platform, but keep in mind where you are using the surface is must plain if the surface is rough, you might suffer from balancing yourself on a pogo stick.
Now we are going to discuss the Advantages of pogo sticks. After the advantages, we will see Pogo Stick Side Effects.

Doing exercise without so many gym types of equipment

Now we are going to see every Pogo Stick Side Effects.

If pogo sticks bounce higher, then difficult to maintain balance

The surface should be plane not irregular to ride

Difficult to stand over and maintain balance is difficult

Chances of injuries are more

Hard to control for beginners

Large base of the pogo stick

Kid’s pogo sticks have a large base area to stand properly and adjust balance over them. As a kid or as a beginner, you suffer from standing over a traditional pogo stick, but because of the large base pogo stick, it makes it easy to stand over it.

After learning how to standing, you can practice how to bounce over a pogo stick. If you can easily handle large base pogo sticks, you can switch yourself towards traditional pogo sticks.

Use over plain plan Surface.

Always use a pogo stick over a plain ground surface to avoid injuries. If you used pogo sticks over the irregular surface, it is hard to handle, and maintaining balance over it feels most difficult so try to use it.

Because of the uneven surface direction of bounce, you cannot control it properly, and the chances of injuries increase.

After using the pogo stick, again and again, you will get more confidence to ride it. It helps you to stay energetic every time and improve body posture. And boost your muscle development process.

If you buy a Pogo stick, you must consider the weight and ages required for the pogo stick you selected. Every pogo stick has its own specifications and features you have to consider before buy. If you are purchasing for your teens, then try to buy a pogo stick which will be helpful for them after some years.

But buy a pogo stick suitable for teens means read the weight configuration of the stick can sustain your teen weight. If the teen’s weight is more than the recommended weight, your teen might not experience enough pogo stick bouncing enough.

Safety should be the priority in every task is you are doing. In the case of riding a pogo stick, the chances of getting injured are more. Before standing on the foot holder of a pogo stick, you have to check if their proper grip is provided for the foot to stand properly on it.
After foothold checking, check the handle and provide proper grip materials to make it easy to grab the handle. Then you should wear all safety accessories like the helmet, knee guard, elbow guard. It ensures your safety.
Ok, I am pretty sure your doubts are clear after reading this information like How A Pogo Stick Works, Pogo stick side effects, etc.
Now it is time to take a decision which one you have to buy by this post:- Best Pogo Stick for Teenager to Buy 2021